Automation is the vital of profit-making 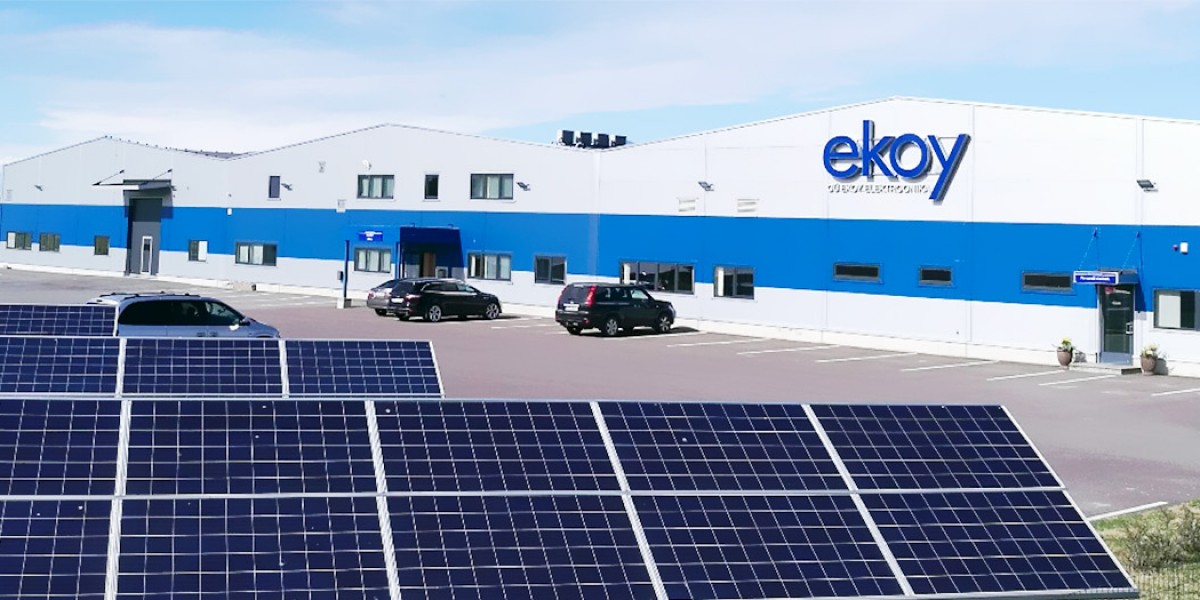 The lamp market is going through a revolution; the world is changing over to led technology. For a contract manufacturer Eino Korhonen Oy, the revolution means that they must be able to produce ever more current-collecting devices with ever smaller production costs. Automation is the solution and Kaptas the one to put it into reality.

Eino Korhonen Oy, a family business from Porvoo, is doing well in the competition at the Chinese domestic market. That is a great achievement and proves that the strategy selected around ten years ago was a wise one.

– We were in a crossroads. The message from the customers was that we needed to significantly press down the product price, told CEO Rami Korhonen.

– It was a move made under compulsion and a successful one, stated the CEO.

The Estonian subsidiary now employs 120 people. Porvoo employs more than 40 people in total. In the case of Eino Korhonen, establishing a subsidiary in Estonia and the strong investment in automation is an excellent example of how investments in cost-effectiveness do not decrease work but create more jobs.

– As we speak, a plant extension of 1,000 square meters is being built in Porvoo. We should be able to have inauguration early next year – that is also the opening of the 40th anniversary of the company. The extension and the recent investments in automation aim at being able to respond to the growing demand and at standing in the forefront in the revolution of the lamp market.

The single largest customer of Eino Korhonen Oy is Nordic Aluminium Oy, part of Lival Group. The extension of the Porvoo plant and the new automated production lines enable the necessary increases in production capacity both for the European leading lighting track producer Nordic and for other domestic and international customers.

– In early summer, Kaptas delivered us the automated production lines to produce both circuit selector discs and locking levers. Later in the autumn, they will deliver us an automated welding inspection system. With automation, the production becomes significantly more effective. When we previously could produce 20,000 adapters in 24 hours and three work shifts, now we can do the same in two shifts.

The boldness and ability to invest are issues that a contract manufacturer company has to ponder constantly. Last year, the turnover of Eino Korhonen Oy was approximately 13 million euros. The first half of this year promises growth raising up to more than 14 million euros.

– With these turnovers, investing 4–5 million euros means big investments – not just in automation, but in machinery and now also in plant extension. Investing in our own activities has been profitable for us.

Cooperation with Kaptas was launched more than three years ago. CEO Korhonen is not modest when praising the cooperation, which has been strengthened along the years and successes. It is a question of expertise, of understanding the customer’s business and of a genuine cooperation partnership, which Rami Korhonen greatly values.

– Investing in automation means big investments, where the reliability of our cooperation partner throughout the project is the basis for everything. For us, the partnership entails that we consider Kaptas looking after our interests. The cooperation will continue, and I have already sent new issues for the Production Manager to think about in the back of his mind!

“Previously, we could produce 20,000 adapters in 24 hours and three work shifts, now we do the same in two shifts”